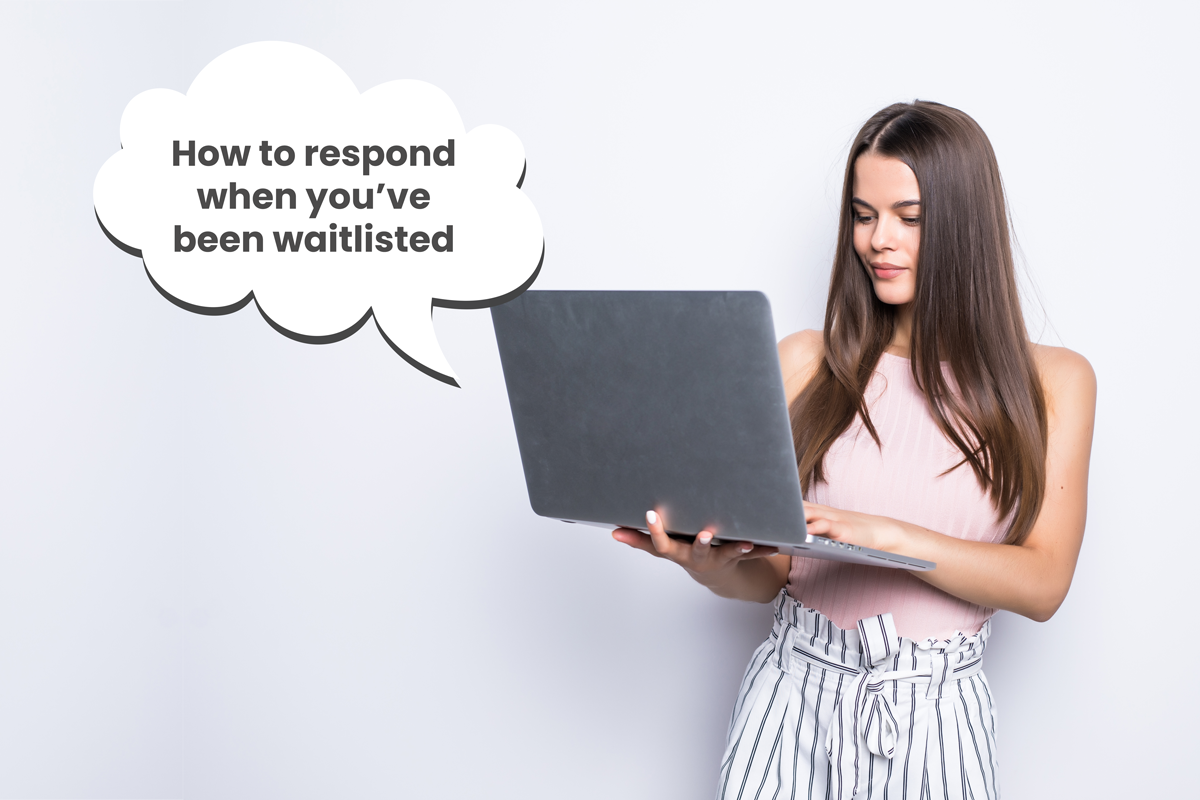 How to Respond When You’ve Been Waitlisted

The waitlisted result has become one of the most common results in college apps. Yet, very few people know how it works or why colleges even do it in the first place. Let’s take a look at why a mechanism that was historically used primarily by private colleges, is now one of the go-to solutions for all colleges in the United States.

To understand what the waitlist is, we first have to understand things from the college perspective. Let’s say you’re UCLA, and you have 113,761 applicants for just 6,240 seats. How do you get that number down? Well, it’s not as simple as you might think.

Most people think UCLA just has to look for the most qualified applicants, send them acceptance letters, and then the whole process is over. Wrong. On so many levels.

For one, UCLA probably has too many “qualified” and “overqualified” applicants to choose from. For instance, even if you took the top 10% of applicants, you’d still have 14,000 students. Secondly, who’s to say that those top applicants would even be interested in going to UCLA? After all, top applicants to any school have other choices: whether it’s UC Berkeley, Stanford, or any of the Ivy League colleges.

That’s the problem. It’s called yield. UCLA doesn’t know how many students they accept will actually decide to enroll. Let’s say UCLA accepts its top 10% of applicants, however they wish to define “top 10%.” Out of that number, say that 7,000 of those students decide to enroll at UCLA.

Well, then UCLA would have accomplished its job and filled all 6,240 seats (with the delta being overenrolled). But what happens most of the time is the opposite: UCLA under enrolls by some margin.

UCLA will accept students not in one wave, but rather, in two or more. In its first round of acceptances, for instance, UCLA may accept 10,000 students, waitlisting another 10,000.

From the first 10,000, they see that 5,000 students have decided to enroll. Well, that leaves another 1,240 seats to fill, during which time UCLA begins accepting students from its waitlist until they’ve filled the remaining seats.

Chances of Getting Accepted off a Waitlist

For instance, from our years of counseling at ReadyEdgeGo, we’ve noticed students usually get accepted off the waitlist for UC Santa Cruz, whereas it’s much rarer for Harvard. That said, most of our students who’ve been waitlisted to UC Berkeley over the years have gotten accepted, though at best this is purely anecdotal.

If the university in question asks whether you wish to accept a spot on the waitlist, respond with an affirmative “yes”. Secondly, if the university requests a formal essay, then you’ll want to address the specific prompt. We generally see waitlist essays mirroring a common supplement: “Why are you interested in our university?” Hence, we recommend our students approach it the same way we trained them for that question.

If the university doesn’t have a formal essay to respond to the waitlist, we generally encourage students to write a letter of continued interest: often emailed to the regional admissions representative or the general admissions office. A letter of continued interest is basically a “Why our college?” essay, with a little bit extra. We’ll be including a detailed instructional guide on how to write such things within GoPath, so if you’ve been waitlisted, you should find us there.

To be waitlisted is good. It means the university likes you and is just waiting on their other acceptances to enroll. That said, you should never count on a waitlist result. Keep that door open by letting them know how interested you are, but don’t make a decision until all your other results are out.

We hope that this provides some valuable insight into how to release some of the stress you may have while making your college application profile even stronger. We specialize in youth mentorship and college counseling. From 8th grade to 12th, we have you covered for any stage in your high school career. Schedule a free consultation with us here.